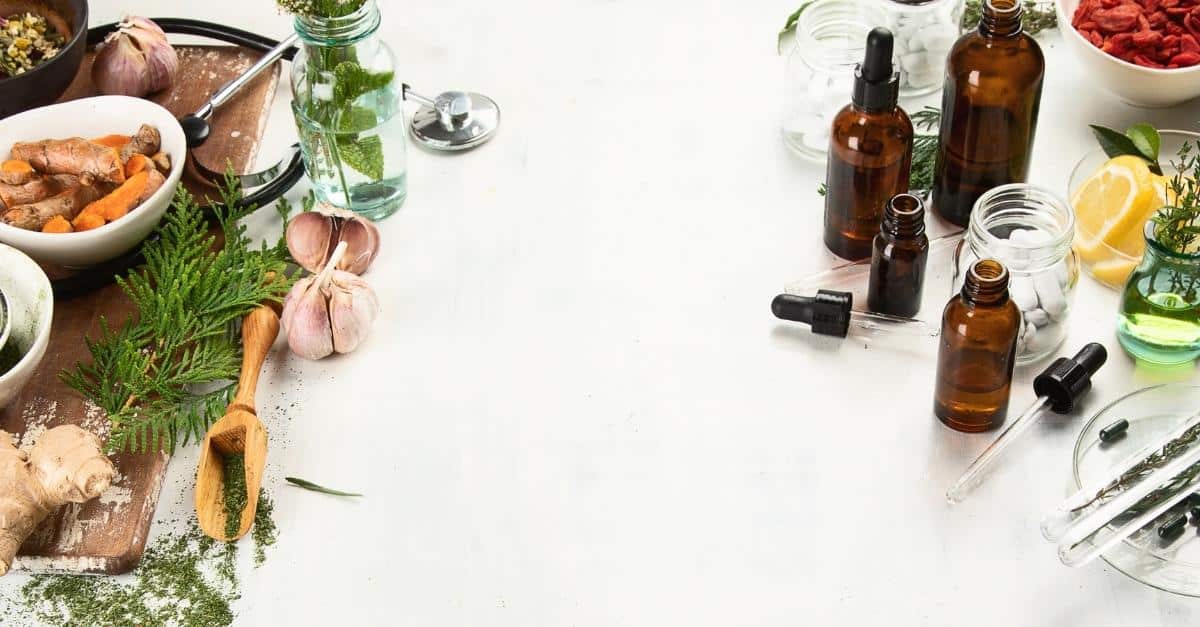 When traditional medication fails, it may be time to consider something a bit more natural…

Causing fits of coughing, difficulty breathing, and lower energy levels, many suffering from chronic lung disease are simply looking for one thing: relief.

Although there are a variety of traditional medications available such as pills, inhalers, and oxygen therapy, they aren’t without their own side effects.

As research continues to show promise in the use of natural alternatives, it may be time to consider adding these supplements to your daily regimen.

With your health in mind, the Lung Institute is here to present 6 Homeopathic COPD Remedies To Try Right Now to better your breathing by using more natural ingredients.

Please Note: Any new medication or supplements should only be consumed after first consulting with your primary care physician

Yes, it’s a mouthful, but N-Acetylcysteine, otherwise known as NAC, is an antioxidant that has shown promise in some studies. A study of 24 Israeli COPD patients found that 1,200mg of N-acetylcysteine a day helped lung inflation, especially after exercise.

It is known to reduce phlegm, cough, thin mucus, and ease expectoration. Although it won’t prevent flare-ups, its ability to loosen sputum is significant and can be bought over the counter.

It’s a great example of natural treatments for COPD.

Special Note – You should not take N-acetylcysteine if you’re taking nitroglycerin.

A deficiency in vitamin D can come from a variety of sources: not spending enough time outside, not drinking enough milk, or the body simply losing its ability to make vitamin D with age.

It has been noted that vitamin D has been linked to better lung function tests, and sources of vitamin D can be anything from drinking more almond milk, taking a daily multi-vitamin, or stepping outside to get more fresh air (and sunlight).

Special Note- Milk can build up mucus within the lungs and cause flare-ups. Instead, choose a milk alternative such as Almond or Soy milk.

One of the best natural treatments for COPD is ginseng. Although ginseng comes in a variety of different species, some studies have shown that the use of ginseng may improve lung function.

With the Asian variety of ginseng showing a larger effect than its American counterpart, ginseng has been recognized for its propensity to improve the immune system, provide an energy boost, reduce stress, promote relaxation and even provide immune suppressive—or anti-inflammatory—effects.

Antioxidants are crucial for the body as they allow it to use oxygen more efficiently so that it enters the bloodstream in the proper amounts.

Because of these oxygen-regulating properties, vitamins A, C, and E are considered particularly beneficial supplements for those who suffer from chronic respiratory disease.

A recent Romanian study of 120 COPD patients found that patients who ate a diet of fruits and vegetables rich in Vitamins A, C, and E had improved lung function.

Special Note – Current smokers should aim for an extra 35mg a day of Vitamin C.

Okay, so what the heck is bromelain? Well, simply put, it’s a chemical made from enzymes found in the stems and juice of pineapple.

Although it is believed to reduce inflammation, it is still awaiting more conclusive studies and is thought to be an effective supplement for COPD relief.

The added benefit of citrus fruit such as pineapple, however, is that it contains other vitamins and nutrients such as vitamin C, and it can easily be incorporated into one’s diet through something as simple as a morning smoothie.

Natural treatments for COPD can taste so good.

As a substance similar in behavior to that of an antioxidant or vitamin, coenzyme Q10 has value as a natural remedy for COPD.

Found in nearly every cell of the body, it is often used to produce energy within the body allowing cell growth and maintenance.

Through its ability to increase cell activity and ease inflammation, the enzyme may contribute to airway dilation through its anti-inflammatory properties, ultimately allowing easier breathing and reducing symptoms.

CoQ10 can be found in small amounts in a variety of different foods, including sardines, mackerel, and peanuts.