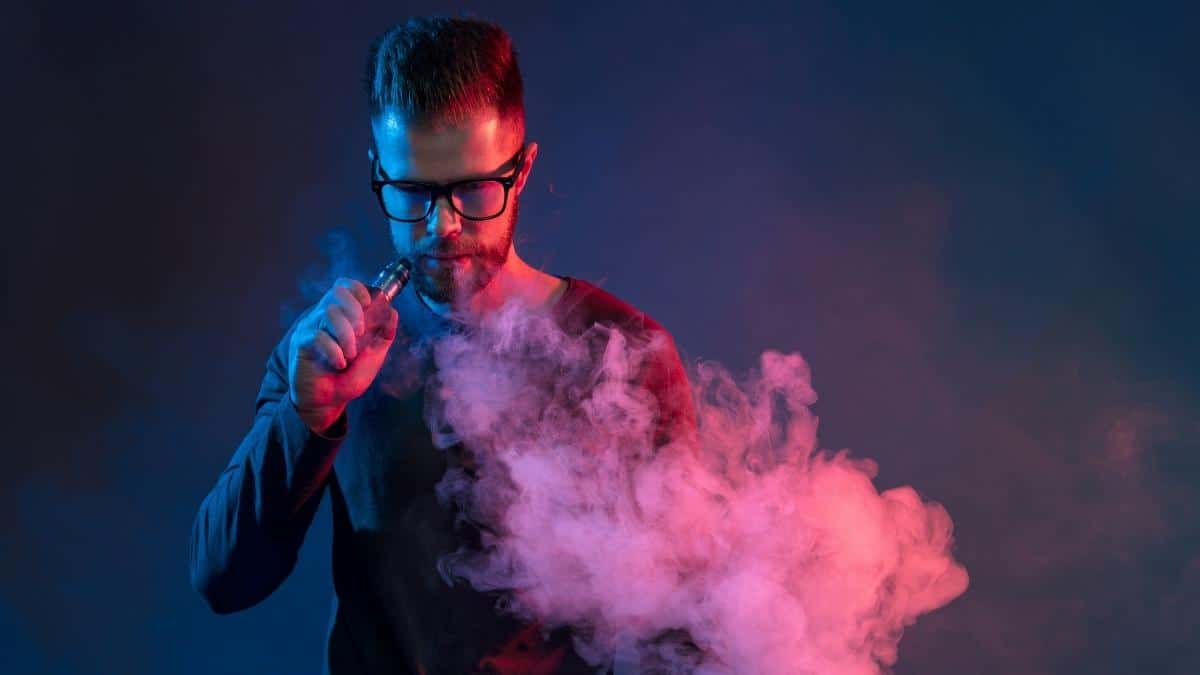 vape (verb): to inhale and exhale the vapor produced by an electronic cigarette or similar device.

Think about the first time you heard the word vape. Was it just this year when Oxford officially added it to the dictionary?

Or was it when you tried to quit smoking for the fifth time only to wind up back with a pack a few days later?

Vaping has begun to take modern society by storm. Marketed as one of the greatest smoking cessation methods and a healthy alternative to cigarettes, it is no wonder that people are turning to e-cigarette use.

There is a controversy rising over the use of e-cigarettes and vaping, and with an increasing popularity and profitability, the debate is likely to intensify.

What is an E-Cigarette?

An e-cigarette is a battery-operated appliance designed to be an alternative to the traditional, paper-rolled cigarette.

They are often called electronic cigarettes, e-cigs or vaporizers. E-cigs are unique to the smoking world because they don’t actually produce smoke.

Typically, an e-cigarette contains a liquid mix of propylene glycol, glycerin, added flavors and nicotine all of which is stored in a detachable cartridge.

Making up the body of the electronic cigarette is the cartridge, the atomizer and the battery. So how does it all work?

When a consumer breathes in the end of the e-cig, the atomizer generates the heat needed to vaporize (hence vaping) the liquid in the cartridge.

The consumer then inhales the vaporized liquid to deliver the sensation of smoking.

The basics of e-cigarette use is important for looking at the arguments supplied by the proponents and opponents of vaping.

On an economic basis, the e-cigarette industry brings in approximately three billion dollars in sales a year. Given the profit, it is surprising that vaping is actually a cheaper alternative.

Recent studies show that the habits associated with vaping are potentially up to 40 percent less costly than smoking rituals.

While looking at the financial comparisons of the two popular methods of nicotine consumption, traditional cigarettes require a continual contribution to the tobacco industry when repeatedly purchasing packs of cigarettes.

On the other hand, e-cigarettes often require a hefty upfront payment for the actual apparatus followed by smaller payments for liquid refills and additional cartridges.

An additional cost accompanies e-cigs if the user decides to use them for cannabis consumption rather than nicotine. P

erhaps more importantly than the cost comparison of cigarettes, many people involved in the debate about e-cigarettes are focusing on the potential health benefits.

Some studies are showing that the use of e-cigarettes as a tool for smoking cessation can potentially help smokers reduce their habit and eventually quit altogether.

Aiding individuals on their journey to a smoke-free life is an excellent purpose, but adversaries question whether switching to vaping is really a beneficial alternative. While e-cigarettes produce far fewer carcinogens than traditional cigarettes, the carcinogen count is not zero.

Additionally, the second-hand smoke effects are far less significant as smoke is not produced. Once again, the negative effects are not completely nonexistent, but they prove to be significantly less harmful.

As a result, vaping is allowed in more environments due to their lack of pungent smell; since they are more socially acceptable, many venues allow e-cigarettes to be used indoors.

For these same so-called beneficial reasons, anti-e-cigarette individuals are hesitant to open their arms to vaping.

While e-cigarettes do produce less of an odor, thus allowing their use indoors, many individuals worry that, by promoting the use of e-cigs indoors, people will have more opportunity to consume nicotine.

Without the barriers in place such as smoke-free zones, people have no reason to stop vaping. Additionally, nicotine is still a very addictive drug. As nicotine alters the brain’s neurotransmitters, addictive cravings and behaviors result.

As mentioned earlier, electronic cigarettes still emit carcinogens. Some testing has even led to concerns that liquid nicotine may release toxic metals while in use.

Perhaps the biggest concern is the lack of regulation of e-cigarettes right now. Currently, electronic cigarettes are not FDA regulated.

Additionally, since they are a newer product, not much testing has been completed and there are no long-term studies completed to know the long-term effects of vaping. The lack of regulation is also leading to an increase in e-cigarette ads reaching young consumers.

Once an individual begins using e-cigarettes, people are worried that it could lead to traditional smoking and cannabis use. Given the ability to purchase cannabis cartridges for vaporizers, it is not a far stretch that e-cigarettes act as a gateway to illegal drug use.

In total, the verdict on vaping is still out there waiting for more people to research e-cigarettes. It can be surmised that vaping is a better alternative than traditional cigarette smoking, but it is a hard sell that vaping doesn’t have any detrimental effects.

Like many things in life, nicotine consumers have to choose the lesser of two evils.

While vaping may help individuals quit smoking, once an individual has developed a chronic lung disease such as COPD, emphysema or interstitial lung disease any kind of chemicals in the lungs can lead to lung disease progression.

Any chemical modifications in the lungs could cause additional problems. Sufferers of lung disease looking to breathe easier often feel there is nowhere to turn.

But now people have a choice.