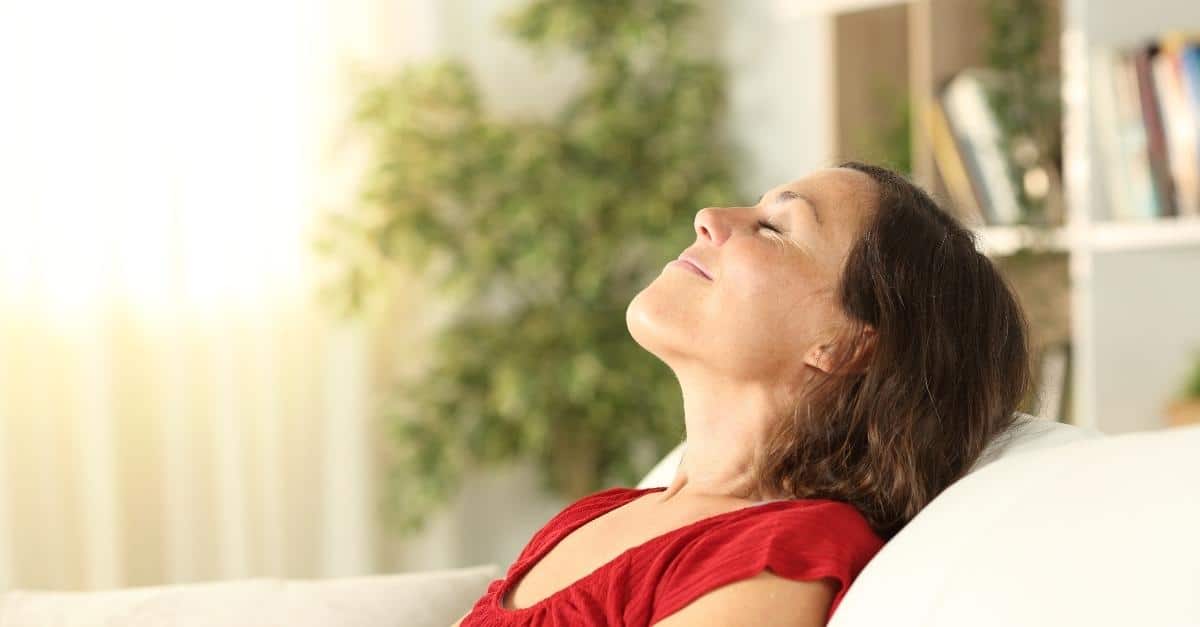 Experiencing flare-ups at home? Let’s make it a safer space.

Americans are estimated to spend as much as 90 percent of their time indoors.

Although indoor settings may imply safe surroundings, these environments can hold a litany of harmful chemicals.

Some of those chemicals include Toluene (paint thinners), Xylene (common tar), Ammonia (fertilizers and cleaners), Benzene, Trichloroethylene (man-made fibers and printed materials), and formaldehyde (insecticides and particle board).

These types of toxins are inherently dangerous to all people but can be particularly harmful to those with respiratory illnesses such as Chronic Obstructive Pulmonary Disease (COPD).

With your health in mind, the Lung Institute has crafted a shortlist of the top 4 ways to naturally purify your air at home to keep your breathing healthy and reduce exacerbations.

Himalayan Salt lamps are made of a pink rock salt mined in the Indo-Gangetic Plain, and when a rock of suitable size is found, it is converted into a salt lamp.

By carving a hollow into the crystal and replacing it with an incandescent bulb, the heat emitted from the base emits negative ions into the air to remove toxins in the air and neutralize them.

Himalayan salt lamps are known decoratively for their beautiful pinkish glow but are also known to promote sleep and well-being.

Beeswax candles are, simply put, candles made out of beeswax.

However, they are distinct from traditional candles because they do not emit smoke.

Traditional candles are typically derived from petroleum and may release benzene, toluene or soot into the air.

In contrast, beeswax candles are known to produce negative ions in the air that help in the removal of air pollution and other toxins.

Another benefit of beeswax candles is that they burn significantly slower than traditional wax or paraffin candles, meaning they last longer and won’t have to be replaced as often.

As we’ve mentioned before, plants are biologically engineered to absorb carbon dioxide and convert it to oxygen.

However, what often goes overlooked is that some specific types of plants also work to take in harmful chemicals and other pollutants such as benzene, formaldehyde, trichloroethylene, toluene, xylene, and ammonia.

Out of all air-purifying plants, NASA has suggested the Peace Lily as the most dominant, which requires very little water or sunlight.

It is aesthetically beautiful and actively takes in all the aforementioned toxins to produce oxygen.

In some cases, used as a makeshift water filter, bamboo charcoal can have the same effect on air purification by removing toxins and odor in the atmosphere.

However, the most remarkable aspect of bamboo charcoal is its longevity. Safe for children and pets, bamboo charcoal can rejuvenate itself if placed in sunlight once a month and can be reused for up to two years.

Afterward, it can be used as a fertilizer.

Clean air at home is critical to avoiding exacerbations, but despite even the cleanest quality of the airflow, treatment may still be necessary to avoid flare-ups and fatigue in daily life.