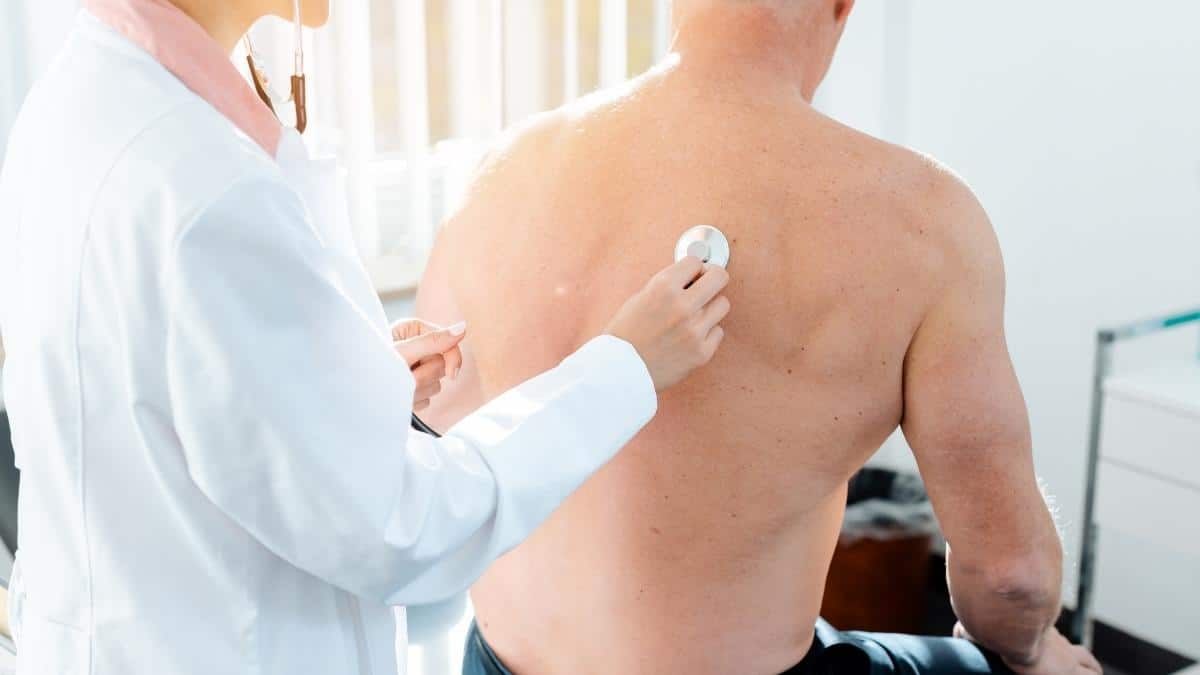 Lung function naturally declines with age. Aging affects the entire body, including the lungs, and while the majority of the population can extend youthful function through healthy habits, smokers and those with lung diseases, such as COPD, experience the decline at an accelerated rate.

Some age-related changes in the lungs include:

These changes typically do not cause noticeable symptoms in healthy people. Older people might notice difficulty in sustaining vigorous exercise, however, this is typically a combination of heart function decline combined with lung function decline.

Those who are obese or smoke are likely to see symptoms of lung function decline sooner than healthier people. Older people are more likely to experience respiratory infections, so getting vaccinations for conditions like influenza and pneumococcal pneumonia are especially important preventative measures.

The most important preventative step, however, is quitting smoking. Smokers are 13 times more likely to develop chronic obstructive pulmonary disease (COPD) than those who have never smoked.

A typical middle-aged smoker’s lung age looks like that of someone 10 years older. The single best thing a smoker can do to improve their well-being and extend their life is to quit smoking. Take a look at this graph that illustrates various rates of lung function decline.

Lung function decline graph courtesy of American Family Physician. FEV1 is a standard measurement of lung function, and measures the volume of air that a person blows out in a second.

Lung function decline graph courtesy of American Family Physician. FEV1 is a standard measurement of lung function, and measures the volume of air that a person blows out in a second.

Take note that a smoker who quits smoking at age 40 experiences the same average lung function decline as someone who never smoked. This illustrates the importance of quitting smoking today for a better quality of life tomorrow.

For those who have been diagnosed with COPD, there are various stages. Having a severe and progressive lung disease will shorten your lifespan, but this depends on a number of variables, like the overall health of a person.

The GOLD System was developed by the Global Initiative for Chronic Obstructive Lung Disease to be used as a measurement system to track the progression of COPD by stages.

The various stages in the GOLD System include:

While lung function declines naturally with age, those with COPD experience a much more accelerated rate of decline than those without lung disease.