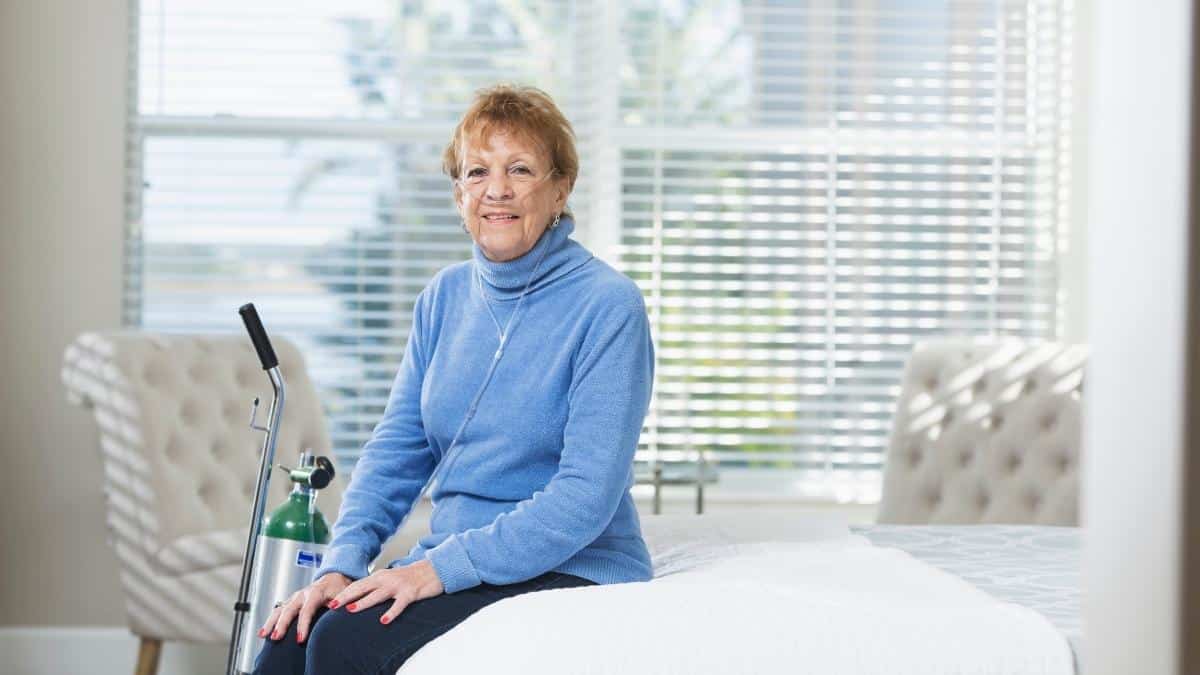 You’ve got two choices. We’re here to help you pick the best one.

When it comes to the treatment of severe chronic obstructive pulmonary disease (COPD) your physician or pulmonologist may prescribe oxygen therapy—among other available forms of treatment—as a way to ease the symptoms of the disease—namely shortness of breath.

The way in which supplementary oxygen works is simple: it provides you a constant stream of oxygen directly through the nose to help ease your breathing and oxygen intake, regardless of your respiratory difficulty.

For those of you suffering from chronic lung disease, you can surely attest that an oxygen tank can be a godsend, let alone a necessity when going through a typical day with severe lung disease.

However, though the standard route of delivery for oxygen therapy is through the use of an oxygen tank, recently there have been new developments in the form of oxygen concentrators.

Good question, and with your health in mind, the Lung Institute is here to breakdown Oxygen Tanks vs. Oxygen Concentrators.

The Clinical Use of Oxygen (When and Why)

As we’ve stated above, the use of oxygen in the treatment of COPD and other lung diseases is typically prescribed when disease progression is particularly severe.

And this is key, because the use of oxygen therapy can actually be ineffective for those with mild COPD.

In regards to the application and benefits of oxygen therapy, the argument is pretty simple: oxygen therapy provides you with oxygen.

In the case of the most dominant symptoms of COPD—shortness of breath, increasing fatigue, coughing and sputum production—oxygen therapy serves as a direct method of oxygen infusion which relieves many of these symptoms immediately.

However, the problem of oxygen therapy is not that it’s effective—it is—it’s the fact that it doesn’t provide any real long-term symptom relief.

Despite using oxygen, your disease will continue to progress unimpeded, so in truth, oxygen therapy must be combined with another treatment option in order to preserve your quality of life.

In comparing oxygen tanks and oxygen concentrators it’s best to think of the two devices as unleaded gas and premium.

In the case of the use of oxygen tanks, the tanks are relatively inexpensive but are ultimately cumbersome, as you will need to keep 1-2 tanks on you at all times—particularly during long or extended trips.

As oxygen tanks are limited by a finite capacity (the size of the tank) this can produce an issue of portability for those who use them.

On the other hand, if you were to look at oxygen concentrators as premium gas, an associated higher cost is to be expected, however, in exchange for this higher cost the added benefits are clear.

The way in which oxygen concentrators work is that they draw in air from all around you—they’re no bigger than a lunchbox—and purify the air instantly and deliver it to you through your cannulas.

In this sense, there are no tanks to exchange. Once you purchase the device, that’s it. You’ve got a source of fresh oxygen for as long as you keep the device.

This isn’t a surprise for those using supplemental oxygen, but anyone else, dryness can be a problem.

Whether it’s in your throat, your nose or your mouth, supplemental oxygen use is known to cause severe dryness, irritated skin and nose bleeds. We’ll deal with nose bleeds first.

Due to the fact that the skin on the inside of your nose is delicate, any bumps of the plastic cannula can cause skin breaks. To avoid this, keep the nostrils moist by using a humidifier or a nasal spray.

Again, supplemental oxygen can do a number on these sensitive—and typically lubricated—areas. In treating them, any sort of humidifier or liquid will help in keeping these organs lubricated.

For your dry mouth, try drinking a warm lemon tea with honey. This will have the added effect of soothing a dry and scratchy throat.

Without question, the use of an oxygen tank or oxygen concentrator is an excellent step in taking control of your respiratory health.

The next step is quitting smoking if you haven’t already. Although we always recommend quitting smoking first as a crucial step to better health, the second is to address your general health through simple diet and exercise.

With these behavioral changes, it’s possible to greatly affect the pronouncement of symptoms within those with emphysema, COPD and pulmonary fibrosis.