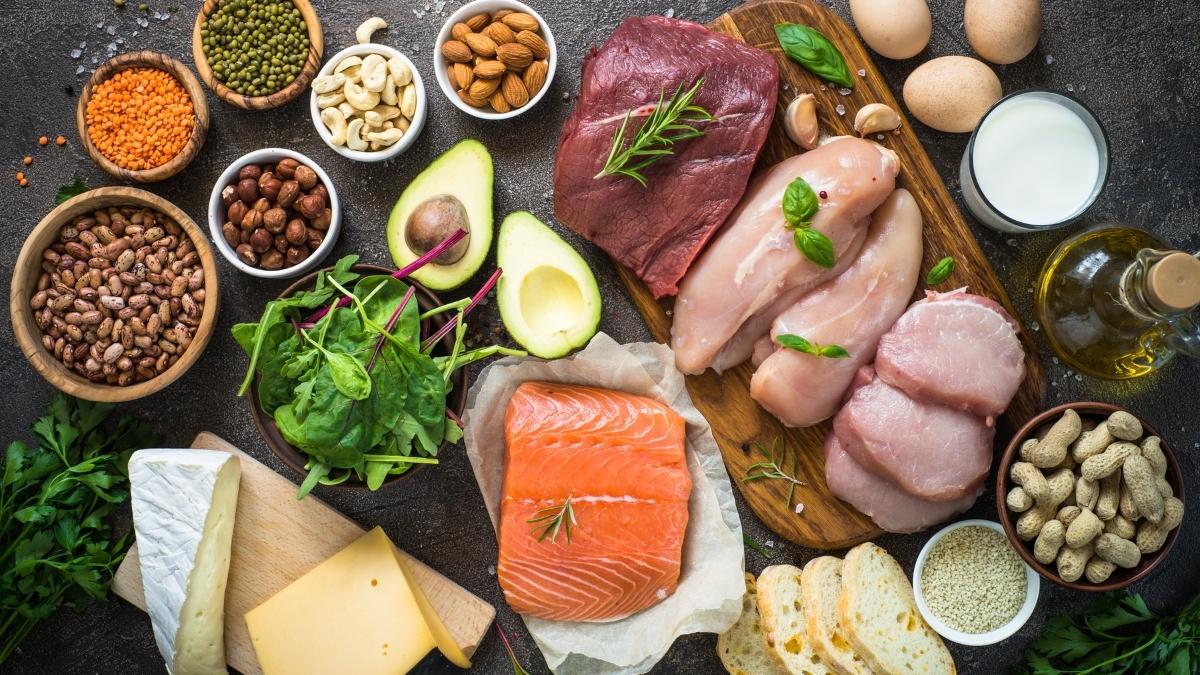 Diet is key in addressing COPD symptoms. Here’s how to set up a COPD diet plan that works.

Chronic obstructive pulmonary disease (COPD) can make life for those who have it very difficult. And in short, to say that the diseases’ symptoms can have a significant effect on the quality of life for a patient is an understatement.

For more than 15 million Americans, chronic respiratory issues related to shortness of breath, fatigue, and limited mobility continue to make even the simplest of daily activities nearly impossible.

Whether it’s the act of cleaning up around the house, getting mail from the mailbox or having the energy needed to play with your grandchildren, COPD and other chronic lung diseases can dramatically limit your ability to engage in a normal life.

Although there are many beneficial and traditional treatment options available such as inhalers, inhaled corticosteroids and supplemental oxygen—including some natural and emerging alternatives—in managing one’s respiratory health, it’s important to start from the ground up.

It’s important to start by improving your general health as much as possible in addition to the use of medication, pills, and surgery. To do this, the key is to address your COPD diet first.

With your health in mind, the Lung Institute is here to give you a blue print on how to do just that and explain just How to Create a Healthy COPD Diet in 5 Easy Steps.

5. Stock Up on Protein for a Healthy COPD Diet

So, what’s the big deal about protein?

Protein is vital. In essence, it’s one of the most important nutrients your body can receive, allowing it to heal itself, build muscle and create antibodies that fight infection.

As a crucial chemical within our food, the bonus is that protein is found in a large variety of differing foods and substances. For those looking to increase their protein intake, lean meats—particularly chicken—can be a great source of protein intake.

Just make sure it’s all-white meat chicken though, so leave the McNuggets at the window. Instead, look for simple foods like grilled chicken breast with lemon.

Grilling the chicken with olive oil can keep down the trans and saturated fat, and the lemon may help open airways and ease breathing.

If grilling, pan-frying or baking is too strenuous, you can get your necessary protein intake through simple foods like eggs, beans (specifically black beans) and nuts.

So, fry an omelet in the morning with mushrooms, spinach and cheddar cheese. Create a plate of grilled chicken, black beans and white rice. Or if you just want to relax a little bit after a long day, make a peanut butter and honey sandwich.

Your body will get all the nutrients it needs, and you’ll save more money than if you ate out or bought pre-prepared meals (frozen dinners).

Although many patients with lung disease believe that milk causes phlegm and should therefore be avoided, this fact is only half-true.

In truth, drinking milk does not cause phlegm production; however, what it does do is allow current phlegm within the throat to become thicker.

So how do you get the vital nutrients of vitamin D and calcium without producing more phlegm.

For starters, you could eat cheese. Cheese is loaded with vitamin D, calcium and protein. And for those that are above the age of 50, Vitamin D is critical to keeping aging bones healthy and strong.

The added effect of Vitamin D is that it also has been shown to improve respiratory health in those with COPD.

Other products that can be packed with Vitamin D and other nutrients are yogurt, soy-milk, fish, tofu, cereals and certain shellfish like oysters.

3. Take a Note from the Japanese, and Eat More Fish

Did you know that the Japanese have one of the healthiest diets in the world?

They also have one of the longest life expectancies. The reason behind this is because of how they portion their food.

For starters, their diets are high in certain carbs (rice), vegetables, fruits, as well as fish and meat. It’s low in saturated fats, and they have few processed foods. T

hey also prefer tea and water on a cultural level (but more on water later). Since the times of ancient Japan, the Japanese have been a people that have structured their meals thusly:

Because the country of Japan is an island nation, they have taken full advantage of the abundancy of seafood that surrounds them.

Although even before the proliferation of Buddhism in the country, eating four-legged land animals was seen as being unclean and avoided by personal choice.

Due to fish’s essential vitamins and oils (vitamin D and omega-3s), while being low in cholesterol and fat, fish can be a great way to lose weight while giving your body the vitamins and nutrients it needs to thrive.

Just try not to eat them fried as much as you eat them grilled.

We’ve said it before, and we’ll say it again: water is everything. Our bodies not only need it to survive, but in truth, our bodies are mostly water themselves.

Despite these facts and how badly our body needs water to thrive, most Americans are chronically dehydrated. In general, the average American should be drinking at least half a gallon of water a day.

A red solo cup is about 16 fluid ounces which means you’d need to drink four of these to equal the minimum amount of required water for the day.

That might sound like a lot, but the effects are well worth the inconvenience of drinking that much water. So, add water to your COPD diet.

1. Avoid Bad Foods as Much as Possible

This list wouldn’t be complete if we didn’t give you a complete list of the foods you need to avoid. And it starts with:

Cut Out the Cold Cuts and Cured Meats

As we mentioned above, red meat should be eaten sparingly in favor of fish and chicken. So, when it comes to American favorites such as bacon, burgers, cold cut deli sandwiches and hot dogs, these meats tend to be all flavor (mostly salt) without the nutritional benefit.

Drop the salt and vinegar potato chips. Excessive sodium intake can lead to heart and respiratory problems. Salty snacks like fries and popcorn may taste delicious, but be wary of how much you’re taking in.

Cruciferous Vegetables are your sprout vegetables like broccoli, cauliflower and Brussel sprouts. These are great sources of vitamin C, A and fiber, but can also cause excessive bloating and gas, ultimately creating an atmosphere that makes it more difficult to breathe.

Yes, these are certainly among life’s simple pleasures; however, they’re devoid of any real nutrition or positive health value. Instead of getting a coke with your meal, just get a water.

The carbonation will cause bloating and hiccupping which will only make obstructed breathing that much worse. Eat these foods as rarely as possible, if at all, and you’ll be surprised how much better you end up feeling once you get past the initial Pepsi withdrawals.

See the full list of foods to avoid here.

Looking to What’s Next

Creating a COPD diet that works for your health doesn’t have to be difficult, and taking the small steps to change your lifestyle can have a dramatic effect on your day-to-day energy and quality of life.

Although we always recommend quitting smoking first as the first step to better health, the second is often to address your general health through simple diet and exercise.

And with these behavioral changes, it’s possible to greatly affect the pronouncement of symptoms within those with COPD, emphysema and pulmonary fibrosis.