What Is Interstitial Lung Disease?

Interstitial lung disease is an umbrella term used to categorize more than 100 different types of pulmonary disorders that affect the absorption of oxygen into the lungs.

It includes a diverse collection of illnesses with a variety of causes, treatments and prognosis. Individuals who suffer from interstitial lung disease often have difficulty breathing and moving from place to place due to a consistent feeling of shortness of breath.

Because it is a progressive disease, it can worsen over time. While there is no cure for interstitial lung disease, there are many treatment options available that target the symptoms of this condition and help you to regain some of the quality of life you have lost due to the progressiveness of this disease.

These symptoms should be taken seriously, as they may indicate the presence of a chronic, progressive lung disease. If you experience any or all of these symptoms, you should schedule an appointment with your doctor immediately to determine the cause of your symptoms and the best method of treatment.

Individuals who have been exposed to environmental contaminants such as asbestos, and coal, cotton and silica dust have a higher probability of developing interstitial lung disease. Other known causes include cigarette smoking and various types of radiation therapy.

The chemicals breathed in through cigarettes and harmful environmental elements are the leading factors of scar tissue and inflammation in the lungs. The best way to avoid the development of interstitial lung disease is to stop smoking and to wear a respirator when working on job sites with harmful dust, minerals and chemicals.

By OSHA standards, jobs are required to provide you with respirators when harmful chemicals are present. However,  interstitial lung disease may also develop without a known cause, and in that case it is known as idiopathic.

If the disease is idiopathic, cellular therapy for lung disease, and other forms of regenerative medicine have been found beneficial. Because interstitial lung disease can develop without a known cause, everyone faces the potential risk of developing one of the diseases in this category.

Men, women and children of all ages can potentially develop some form of ILD. Those afflicted with autoimmune diseases such as lupus, rheumatoid arthritis and scleroderma have an above average risk.

To diagnose interstitial lung disease, your doctor will have you complete a series of tests to confirm the condition and also to determine your best route of treatment. Your appointment will likely begin with a conversation about your family’s medical history, as well as your medical history and lifestyle, i.e smoking and occupational hazards.

After this conversation, your doctor may give you a physical examination where he/she listens to your lungs to determine if there is an obstruction in your airways. You may also be asked to perform a pulmonary function test, which involves breathing into a special mouthpiece that measures your lung capacity and function. In some cases, your doctor may recommend X-rays and lab work to confirm an interstitial lung disease diagnosis.

We’ll begin with the most important: ILD stages because they directly affect your potential life expectancy.

In determining the progression and advancement of your interstitial lung disease, your physician or pulmonologist will typically go through two primary methods of judging your respiratory health: the GOLD System and the BODE Index.

These two tests are designed to assess your pulmonary condition through a variety of different tests such as a spirometry assessment (or PFT), as well as several other metrics like a 6-minute walk test, oximeter results, and arterial blood-gas analysis.

This can sound like a lot, but trust us, the more information your doctor or pulmonologist can gather, the better.

It’ll give them the maximum amount of information available in order to create the best treatment plan for your health.

The typical breakdown of ILD stages is as follows:

Although these are the general guidelines of ILD staging, as with any progressive lung disease, these life expectancies are largely dependent on the individual.

This means that through proper treatment, diet and exercise, it’s possible to exceed these.

In the treatment of any disease, there’s initially a prognosis given. A prognosis, in short, is essentially an outlook on your disease’s eventual progression.

It’s a directive on what the development of the disease will look like moving forward and how it will affect you.

In the case of ILD, the prognosis largely depends on the treatment regimen as well as the cause of the disease’s development, but generally, you can expect the following developments in your health:

With a clear understanding of what’s to come and a strong grasp of your disease, it’s time to talk about what you can do about it and how a few changes to your lifestyle and treatment options can significantly affect your overall health.

While some doctors recommend more traditional treatments for interstitial lung disease, such as inhalers, medication and oxygen therapy, other doctors lean toward the regenerative side of medicine. Traditional treatments are not proactive; they do not help prevent symptoms from occurring, but instead they aim to calm the symptoms when they do happen.

And though these treatment options have shown efficacy in addressing the symptoms of lung disease, there are a variety of things you can do today that can give your health and life expectancy a small boost.

Not only will it actively take years off of your life, but it will make your disease symptoms significantly worse. And trust, although the symptoms of ILD may not be bad enough for you to change now, it’ll be too late to go back when they become unbearable.

It doesn’t have to be as extreme as never eating meat again and going vegetarian. Start with portions. Try to eat more grains (rice and pasta) than you eat meat. From there, drop the pasta and add in more vegetables. If you want to eat dessert, swap that out with some good and well-prepared fruit. Even strawberries with a little whipped or cream cheese would be a healthier pairing than a big German chocolate cake.

Get Out and Exercise:

We say this a lot, but getting your blood pumping and moving through your body easier is important. Why? Because your blood carries your oxygen to the parts of the body that need it. Even if it’s doing standing squats in front of the TV or walking to the mailbox, start small and build up from there. If you can keep yourself disciplined and consistent in your goals, you’ll be walking marathons in no time. 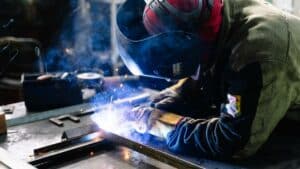 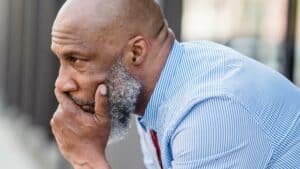 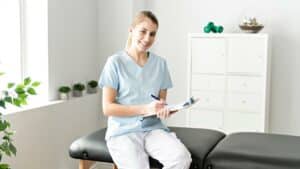 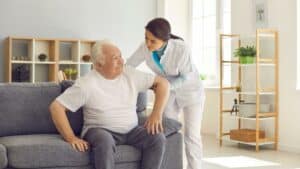 What Is Pulmonary Rehabilitation?