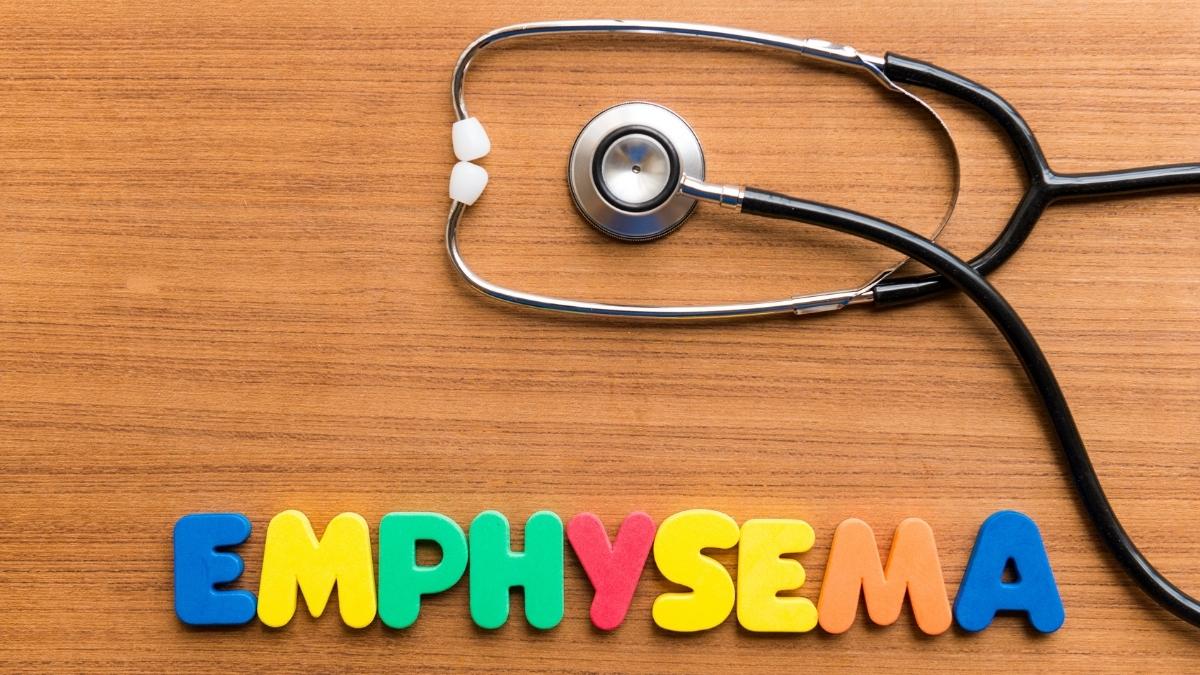 If you’re living with a chronic lung disease like emphysema, having all facts remains important to staying proactive in your healthcare.

Here are the emphysema facts you need to know.

Emphysema, along with chronic bronchitis, is one of the major obstructive lung diseases that falls under the chronic obstructive pulmonary disease (COPD) category.

Specifically, emphysema gradually destroys the air sacs (alveoli) in the lungs, making it difficult to breathe. The tiny air sacs bring oxygen to the bloodstream.

In emphysema, holes form in the inner walls of the air sacs, which weakens their internal structure. Emphysema makes it difficult for the lungs to take-in enough oxygen to deliver to the bloodstream.

Over time, emphysema also destroys the elasticity of the airways, so the air sacs collapse and trap oxygen in the lungs. When you can’t fully exhale air from your lungs, you can’t fully inhale air either.

Some of the most essential emphysema facts include knowing what causes emphysema.

The main cause of emphysema is long-term exposure to airborne irritants and pollutants, such as tobacco smoke, air pollution, chemical fumes and manufacturing fumes.

While it’s rare, emphysema can develop due to genetics. In some people, emphysema is caused by an inherited deficiency of a protein that protects the lungs’ elastic structures, called alpha-1 antitrypsin deficiency.

What are emphysema symptoms?

Knowing the emphysema facts means understanding emphysema symptoms. The progression of emphysema varies from person to person. For some people, emphysema progresses slowly, and for others, it progresses quickly.

However, the symptoms of emphysema are similar and include:

While there are many emphysema facts, here are some important facts to consider:

However, emphysema and chronic bronchitis fall under the category of COPD, so knowing your emphysema facts also means it’s important to learn the COPD facts.

COPD is the third leading cause of death in the United States with more than 11 million people diagnosed with COPD. In fact, an estimated 24 million may have COPD without even knowing it.

According to the World Health Organization (WHO), tobacco smoke through tobacco use or second-hand smoke is the primary cause of COPD. More than 3 million people died of COPD in 2012, which is equal to 6% of all deaths globally that year.

What are the emphysema treatment options?

For people with emphysema who still smoke, it’s important to quit smoking. While quitting smoking can be difficult, there are options to help you quit. Talk with your doctor about techniques to live tobacco-free.

Depending on the severity of your emphysema symptoms, your doctor may prescribe bronchodilators, inhaled steroids and antibiotics to help manage your symptoms. Your doctor might also recommend pulmonary rehabilitation, nutrition therapy or supplemental oxygen.

Always consult with your doctor to discuss treatment options that will work best for you.