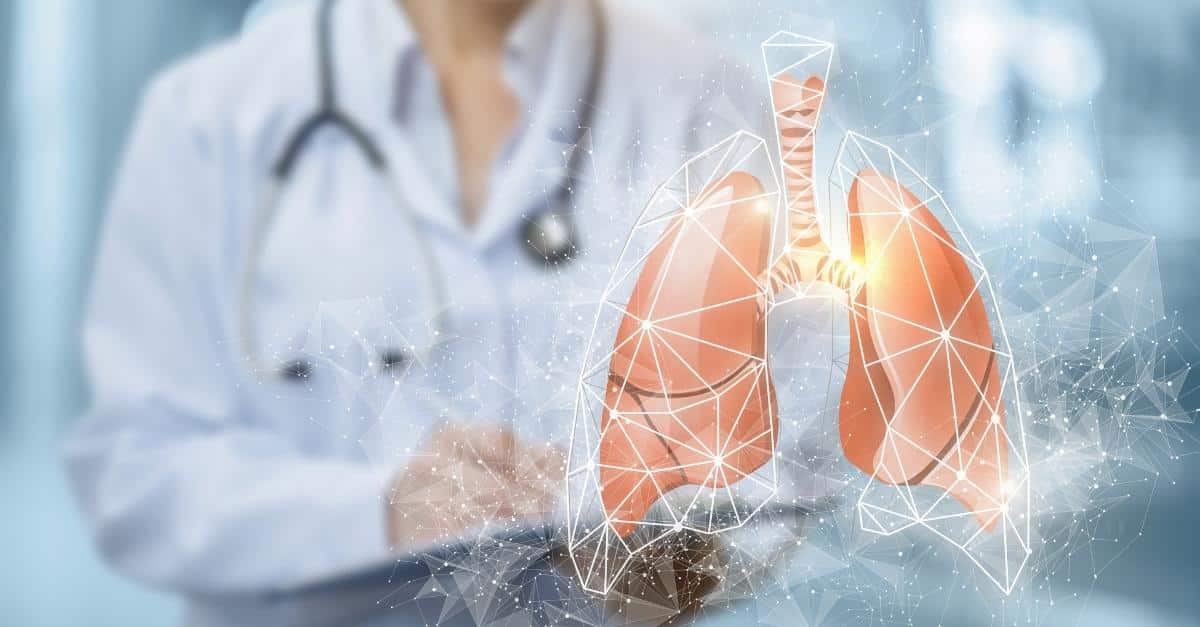 There are two major types of chronic lung disease.

Obstructive and restrictive lung diseases share some common symptoms, such as shortness of breath, fatigue, and coughing. However, they are different types of lung disease.

Here is our complete guide to obstructive and restrictive lung disease to better inform you about these conditions and allow you to be more proactive in your healthcare.

How Are Obstructive And Restrictive Lung Diseases Diagnosed?

What Is An Obstructive Lung Disease?

People with obstructive lung disease have shortness of breath because they are not able to fully exhale all the air from their lungs. The air moves out of their lungs at a slower rate than that of a healthy person.

Inflammation and swelling narrow the airways, making it difficult to expel air from the lungs. Essentially, air becomes trapped within the lungs.

What Are The Obstructive Lung Disease Stages And Life Expectancy?

Knowing your stage of obstructive lung disease helps you and your doctor understand the severity of your condition and develop a treatment plan.

Typically, doctors and researchers categorize obstructive lung diseases, such as COPD, into stages. The stages range from mild to very severe.

There are two common staging systems for COPD and other obstructive lung diseases. They are called the GOLD System and the BODE Index.

These stages are a way to measure disease severity, understand the overall prognosis, and approximate life expectancy.

GOLD uses the forced expiratory volume in one second (FEV1) test from a pulmonary function test to categorize COPD. FEV1 shows the amount of air a person can forcefully exhale in one second.

People with obstructive lung disease have trouble exhaling all the air from their lungs, making breathing difficult. Airflow becomes more limited with each stage.

Other scientists developed the BODE Index. The BODE Index accounts for how COPD affects your life. BODE stands for body mass, obstruction of airflow, dyspnea and exercise capacity.

The combined measurements make up the BODE Index.

This makes assessing life expectancy challenging, so it’s important to talk with your doctor about any questions or concerns you have.

For best results, doctors individualize treatments for each person. Traditional treatments include a variety of medications, inhalers, steroids, and anti-inflammatories.

What Is A Restrictive Lung Disease?

Often, restrictive lung disease results from a condition causing stiffness in the lungs themselves.

Sometimes, the restriction is caused by weak muscles, stiffness in the chest wall or damaged nerves and are known as extrinsic restrictive lung disorders.

What Are The Restrictive Lung Disease Stages And Life Expectancy?

Traditionally, the restrictive lung disease stages are termed mild, moderate, severe, early and advanced. Doctors categorize the condition based on the results from a pulmonary function test.

Life expectancy depends on a variety of factors based on each individual person, so it’s important to talk with your doctor about your questions and concerns.

In fact, there are new developments in the restrictive lung disease stages. Doctors and researchers have been working on a more sophisticated staging system called the GAP Index.

The GAP Index has four predictors. These predictors are age, recent respiratory hospitalization, baseline forced vital capacity or FVC and 24-week change in FVC. The sum of the individual scores for each factor is used to obtain a score.

Most of all, this research helped them create a GAP Index calculator for doctors and patients to better understand disease severity.

Many types of restrictive lung diseases are progressive, meaning they will worsen over time. However, treatments are available and vary depending on the patient’s individual needs.

For example, Esbriet and Ofev are two FDA-approved medications that may be used to treat idiopathic pulmonary fibrosis, which is a type of restrictive lung disease. However, there are other types of treatments, too.

Many people with restrictive lung disease take medications that work to reduce inflammation and suppress the immune system. These medications include corticosteroids, azathioprine, cyclophosphamide, and methotrexate.

Restrictive lung disease makes it difficult to fill the lungs with air. They are restricted from taking a full breath.

While obstructive and restrictive lung disease both have staging systems, they use different measurements to place the condition into a stage. For some people, their condition progresses rapidly, and for others, it progresses slowly.

Both obstructive and restrictive lung disease are progressive conditions and will worsen over time.

Use this complete guide to obstructive and restrictive lung disease as a resource. Remember, having the information you need helps you stay proactive in your healthcare, so feel free to discuss it with your doctor.