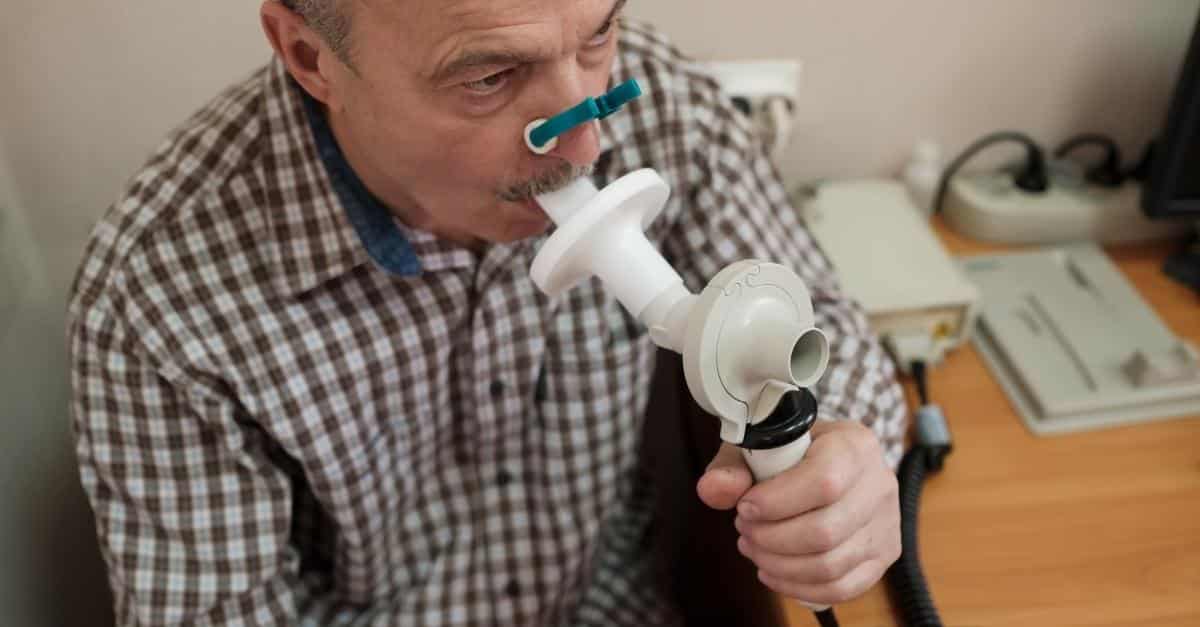 To help you better understand FEV1 and FVC, we’ve put together the important facts about what these measurements mean for you.

How are FEV1 and FVC Measured?

Forced expiratory volume in one second (FEV1) and forced vital capacity (FVC) are measured during a pulmonary function test.

A diagnostic device called a spirometer measures the amount of air you inhale and exhale, and the amount of time it takes for you to exhale completely after a deep breath.

The spirometer attaches to a machine that records your lung function measurements for pulmonary function tests.

The forced vital capacity (FVC) measurement shows the amount of air a person can forcefully and quickly exhale after taking a deep breath.

Determining your FVC helps your doctor diagnose chronic lung disease, monitor the disease over time, and understand the severity of the condition.

In general, doctors compare your FVC measurement with the predicted FVC based on your age, height, and weight.

In addition, doctors can measure forced expiratory volume during the second and third seconds of the FVC test.

FEV1 and FVC are related and followed closely.

Often, doctors use the FVC and FEV1 ratios to figure out the specific type of lung disease.

For example, when FEV1 values make up less than 80% of the FVC, an obstructive lung disease is likely present. However, in restrictive lung diseases, both the FEV1 and FVC measurements decrease proportionally.

To determine the FEV1 and FVC ratio, your doctor will divide your FEV1 into your FVC.

What Chronic Lung Diseases Are Associated with a Decreased FVC?

Your doctor may perform additional pulmonary function tests to monitor your FEV1 and FVC as well as other lung function measurements.

Chronic lung diseases associated with a decreased FVC include:

What Steps Can You Take?

Remember to see your doctor regularly, even if you are feeling well. Your doctor will monitor your lung disease symptoms, lung health, and overall health to ensure your treatment plan is working well for you.

Call your doctor if you see changes in your lung health or symptoms.

In addition to their typical treatment plan, some patients have tried lifestyle changes and alternative therapies.

For example, eating a healthy diet and exercising can help with certain lung disease symptoms, such as shortness of breath.

Cellular therapy has helped some people return to their favorite activities.